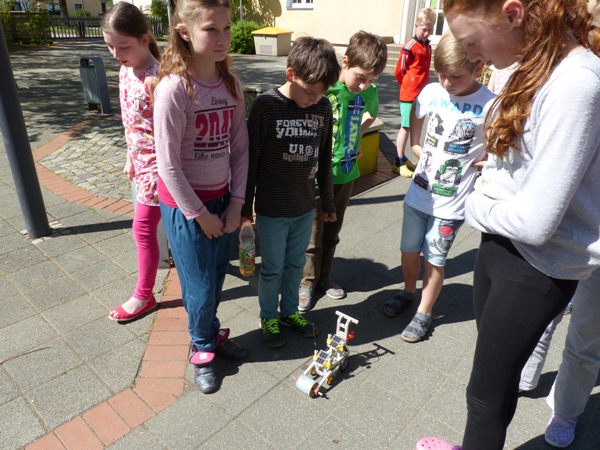 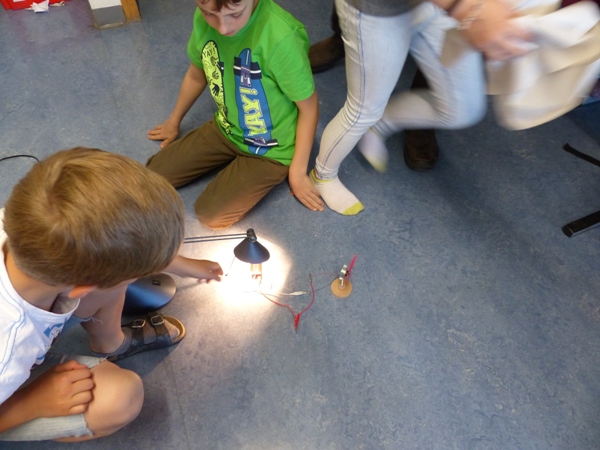 Another school worth seeing is the primary school in Holzheim. The school was marked as a Fair Trade school on 13th of May 2015. They offer many activities and projects regarding the environment, climate protection and Fair Trade. Activities like “To school by foot” or “Collecting climate miles” should motivate the pupils to go to school in an environment-friendly way, like go by bike or by foot.

The project “Collecting climate miles” is in cooperation with the town of Neumarkt. They also took part in the “Prima klima” project of the town of Neumarkt. In addition to that the pupils are engaged with regional and Fair shopping. To show their support for this they run a small Fair Trade shop at school. They receive a healthy school breakfast at school regularly. The school received the certificate of Fair Trade school by forming a “TeamOneWorld’’ who is responsible for the trade of the Fair products at school.

To increase the awareness for sustainable subjects, there are Fair Trade days or weeks during the school year. These are some of the last projects and topics handled during the year:

⇒ In cooperation with the One World Shop of Neumarkt they worked with the subject “the sweet chance – Fair Trade?”

⇒ In the learning garage they had a multimedia project of chocolate

⇒ The education of so called “chocolate experts”

⇒ The production of self made chocolate for the yearly advent calendar

⇒ By focusing on a topic “Why is the banana crooked…?” the pupils made a small “banana science” event at the house of Habsberg

⇒ In an interesting presentation from Mr. Jabber Abdul they heard something about Bangladesh. They raised money and they donated it to Bangladesh.

⇒ They are exposed to topics like children’s rights during the subject of “What does Fair Trade mean?’’

Fair Trade Week: “Do you know where your shirt comes from?”

⇒ The pupils took part in a project regarding environment at the house of Habsberg called “Cotton worldwide – how does it grow?”

⇒ They took part in the program “Fairrockt”

Fair Trade Day: “We are all children of one world”

⇒ Together with the Togohelp of Woffenbach they made a slideshow where they were shown clothes and tools of the West African country of Togo.

⇒ They sang African songs and made a handcrafted drum

⇒ There were also reading stations for the pupils

⇒ The children made an art design about being “children for one world”, which decorates the entry to the school

An important aspect of this school is the Fair Trade study group.

Here they work with Fair Trade cotton, the advent calender and chocolate. Furthermore the pupils of the study group made a chocolate trail and worked on the topic Fair Trade with the examples of orange juice and lemonade. We were allowed to try the Fair Trade lemonade in the break. We asked the children about the production and the background of it. Very competent and self-confident the pupils told us how lemonade is produced and what Fair Trade means. It is really fascinating to see how much the pupils learn and how motivated they are. The result of this awareness being done at school is that many children tell their parents something about the Fair Trade products and convince them to buy such products. The plan is to make a 6 star breakfast out of the 5 star breakfast by using the Fair Trade products.

The school garden with self-created beds is a great occasion to get to know the environment. They planted potatoes and other vegetables and also created a house for insects.

Mr. Kotzbauer – a teacher for natural science – built a wind turbine and a small car with the pupils which were run by solar energy. We also tested it in the schoolyard. In connection with the art education they developed not only experiments using solar energy but also really nice individual artworks. Regularly the teachers organize some experiments regarding climate change or renewable energy in cooperation with a group of teaching students from Regensburg.

The pupils were able to tell us much about renewable energy possibilities.

One of the teachers, Mrs Hiltl, was asked what sustainability means to her and her response was a quote from the Hunkpapa Lakota holy man, Sitting Bull:

We didn´t inherit the world from our ancestors, but we borrow it from our children.

A huge thank you goes to the primary school Holzheim and all the teachers and students that took part in this interview.