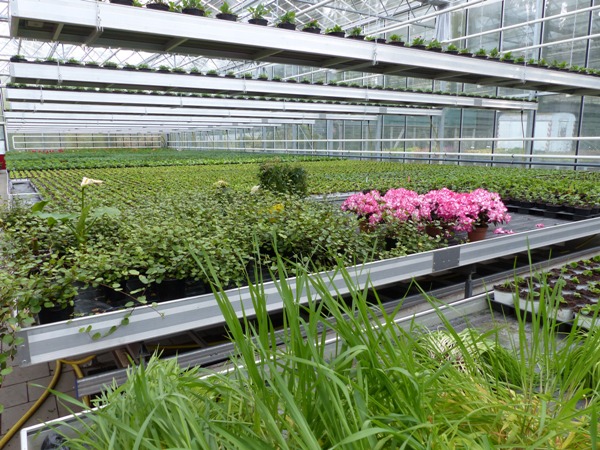 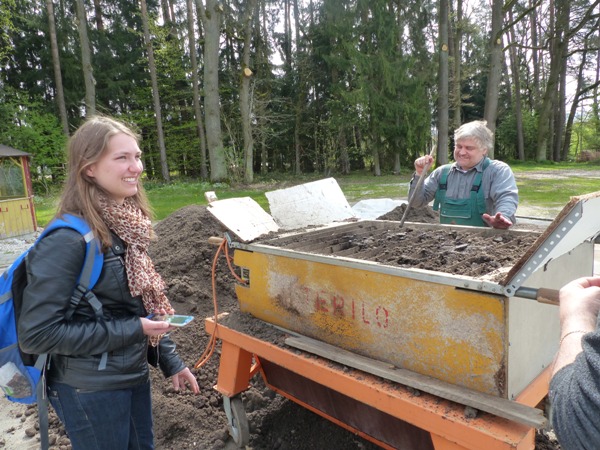 The Stadtgärterei is located adjacent to the municipal sewage treatment plant in Neumarkt. Here, we conducted an interview with Mr. Ziegler and Mr. Meier to find out what sustainable practices are taking place here. There are 125 employees working here with 55 working in the municipal gardens and 50 being responsible for taking care of the area around the nursery.The nursery is responsible for 99% of the green areas around the city, which covers an area of around 40 hectares. The company contributes to sustainability by planting trees and maintaining municipal gardens. A portion of the flowers that they plant comes from the nursery and everything else is bought.

The nursery has highly advanced equipment for watering and heating. The nursery is able to use the heat that is provided to them from the waste water treatment plant nearby. The waste watertreatment plant produces their heat organically and transports the heat to the nursery by underground pipelines.Although gas usage would be significantly cheaper in comparison to the use of renewable energy, cost-effectiveness is not their overriding goal. They want to be as environmentally friendly and as sustainable as possible. Other than the breeding of ornamental plants and the production of decorative flowers (for example for the registry office),it is their responsibility to also take care of any trees that fall.

Depending on the water requirements of the various plants, the duration of watering is adjusted via a computer.The flower beds are arranged on tables that can be shifted so that the gardener can move in between the tables. The water coming from hoses which runs along the tables and the water dams up to a certain level. After this, a 0.75% fertilizer solution is added to the water. All the water that is not used by the plants gets recycled and used again for watering the plants again. This system is a closed water system, which means that all the excess water is reused and there are no nutrients released into the ground.

We asked Mr. Meier about the water supply. In the past they used water from a spring at the water treatment plant,however the water contained too much iron and manganese which broke the magnet valves that were used for transporting the water. They started collecting rain water too, but the water demand from the garden was too high for the rain water to supply. The water that they now use is from the settling tank of the waste water treatment plant which has a biological purity of 99.8%. For health reasons, the water that they get from here cannot be used as a spray. When spraying, very fine particles form drops of water that would have to be sterilized, since the 0.2% biological contamination can be respirable. Mr. Ziegler said that the amount of water that is needed on some hot days for the watering of the nursery plants can reach up to around 180 000 liters a day.

The temperatures of the areas in the nursery are between 10-16˚C. There is a device around the roof of the nursery that acts like a tent and the employee who closes the nursery at night also raises up the tent to let the sun in. This device also has an automated feature, which reacts by closing the tent so that the plants do not get heated up too much by the sun. This makes sure that the plants stay cool and don’t lose too much water.

The nursery has a roof where all the technical parts of the rooms are controlled, like the ventilation, shading and heating. Even the windows are operated from this point to open and close on demand, depending on the strength of the wind.

The soil that is mostly used in the nursery is peat soil. According to Mr. Meier, this soil has bad reputation which is unfair and this soil is actually quite good. The nursery also has its own composting plant, which brings in about 25-4000 cubic meters of humus per year. They use a STERILO to heat and kill the bacteria in the soil at a heat of about 100˚C for several hours.

They were thinking about installing Photovoltaic (PV) cells on the roof of the nursery, but the structure of the building made it too difficult and it would have cost too much. They installed PV cells on the rest of the buildings (administrative building, a vehicle storing hall with workshops and a grit hall). These PV’s generate more than 1.1 MW. They are considering the purchase of a battery for the nursery, because they do not use a lot of electricity during the day, only at night, and then they have to buy expensive electricity. LED lights are used in the garden and it was calculated that the nursery will receive areturn on their investment within one and a half years.

Crops are grown in the nursery but only for their own use. They also have a partnership with a local kindergarten and they supply them with fruits and vegetables, flower pots and raised flower beds. They think that it is important that even the youngest children learn about nature and act as multipliers for the message of sustainability and environmental protection. There was also a tree planting event that took place this year, where the nursery, in corporation with a local school, planted 50 fruit trees. This program is called “Plant for the planet”.

Mr. Ziegler believes that if we plant trees now, then our grandchildren will be able to benefit from it.

We would like to thank Mr. Ziegler and Mr. Meier for showing us around the nursery and we wish them all the best for their future plans and project.