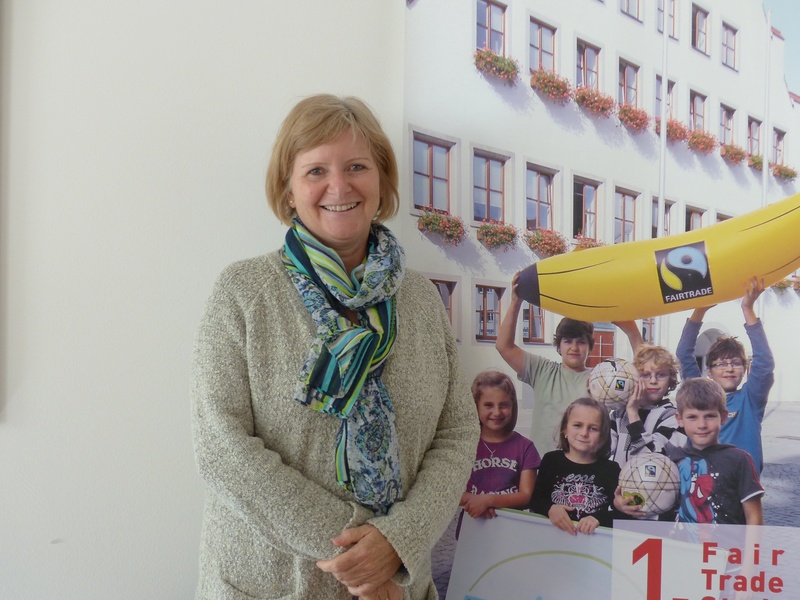 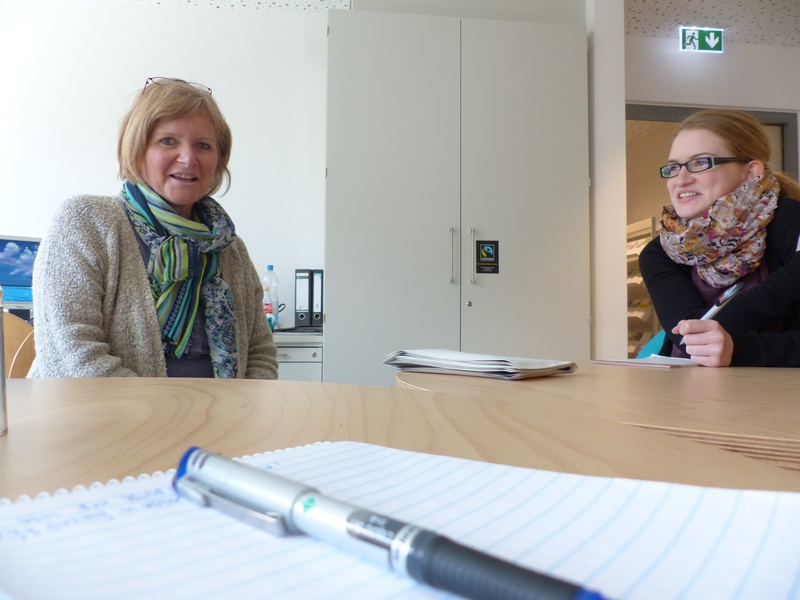 Role in One World Shop

On the 4th of May we interviewed, Ruth Dorner, one of the councilors of Neumarkt Stadt responsible for the portfolio of Sustainability. She is also one of the founding members of the Non-Profit Organization called the One World Shop in Neumarkt Stadt (Eine Welt Laden Neumarkt e.V). The shop was established in 1983 through a practical idea to help communities in developing countries. Before the shop was founded, they used to make events and sell products and use this money to help support the developing countries from which these products originated. For instance, they had a project through which they collected money to support women in Zambia. The One World Shop is the result of the vision of this movement and it has grown in strength every year.The idea of promoting Fairtrade originated from the student towns around Neumarkt but this movement has now grown and become a movement throughout Germany. The one world movement used to be strongly supported by congregations around the town. Even though their support has decreased, the shop is still standing and is now supported by members from the surrounding communities. The One World Shop is run like a club or an organization. The members of have control over what products they buy and sell and what projects they support. The labels on the Fairtrade products are certified by https://www.fairtrade-deutschland.de/service/ueber-transfair-ev.html" target="_blank" rel="nofollow">Transfair and this informs their customer that their products are genuinely Fairtrade. The One World Shop in Neumarkt is free to choose which products they sell regardless of the labelling. The members only support commendable projects so whether any product has a label from Transfair or not, it is always guaranteed that all the products are produced in a fair way. Not only does the shop support developing countries, but they also support local production by selling products from a German disability workshop.

The shop itself tries its best to do daily energy saving as well as recycling of plastic and paper. They had a big discussion at a meeting with the members of an organization selling the “Coffee to go’’ (coffee in a paper cup). One member suggested that this product should be discontinued, because they want to reduce their contribution to pollution. It was decided that this cannot happen, because as a lot of customers only come to the shop for this coffee. There is always this constant struggle between what the shop wants and what their customers demand. She wishes to use the One World Shop to change people’s mind sets and attitudes about life and their surroundings. One way to achieve this is through education. One way of doing education is by making use of the Fairtrade Trail, the educational tool used to educate learners about what Fairtrade is and how this initiative helps communities around the world. This tool was developed in Bavaria and is available for hire from the One World Shop. The idea that Ruth and her team had with this Fairtrade Trail was to have one room where education can take place. They also offer workshops and exhibitions for people of all ages on topics like climate, paper, football, chocolate, plastic, paper and many more.

Other projects that are organized through the One World Shop are projects where pupils take a tour around the town and find the shops that offer Fairtrade products. One project that is still in the pipeline is the Coffee Mobile and it is planned to be finished by the beginning of June this year. They also have a project that focuses on the usage of solar energy to prepare food. This is done by using a special cooker that runs on solar energy and was used at the Altstadtfest. This makes people aware of green energy and their uses.

All of these concepts and project ideas have been developed over the past 30 years by Ruth and the members of the organization, including the second chief of the One World Shop.

Background on Ruth as a council member:

With no background in politics, Ruth was asked to stand as a candidate for a seat on the council of Neumarkt in 2012. The previous mayor of the town recommended Ruth because of her involvement in the One World Shop. She promised herself that if she took this position, she will not change the person she is, her beliefs or her opinions. After her first candidacy she won her seat on the council which is very rare. The inhabitants of Neumarkt wanted to become more involved in the town’s political issues and decisions. Ruth was put in charge of the program named Agenda 21 which involves allot of public participation and the mayor thought that this was the perfect program for her as she had much experience in public involvement through her work at the One World Shop. This was a big project to take on, especially for a recently elected official. In 2004, climate protection and public involvement were added to the mission statement of the town of Neumarkt. The Bürgerhaus was the first project to address these issues. The building was empty and needed work done which Ruth managed to achieve as the building was restored with a very low budget she had at her disposal. They took on a new project at the Bürgerhaus every year and the result of those projects is the current building we have now which houses the Neumarkt Office for Supporting Sustainability. All the projects that do not integrate into other municipal departments are given to the office in the Bürgerhaus, like climate change topics, Fairtrade, social projects (child daycare), volunteering work, etc. What makes these projects and this department important is that they all have some sort of public participation aspect. Her entire career is based on her deciding to make a difference in people’s minds and also her engagement in projects that stand for social justice.

Ruth defines sustainability by wanting to give the children of her children a better future and the possibility of having a life like hers. One day she wants to be able to say that she did her best in reaching this goal.