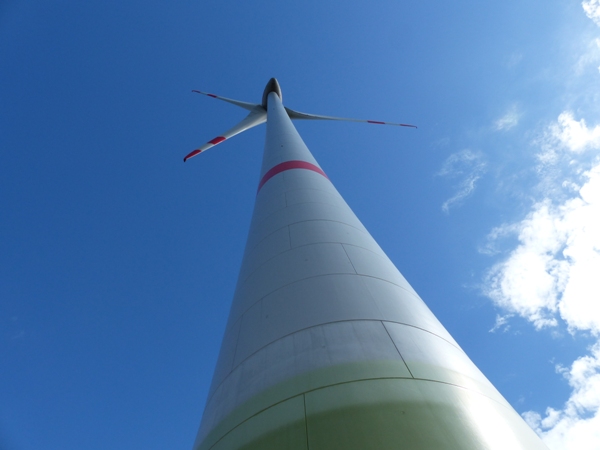 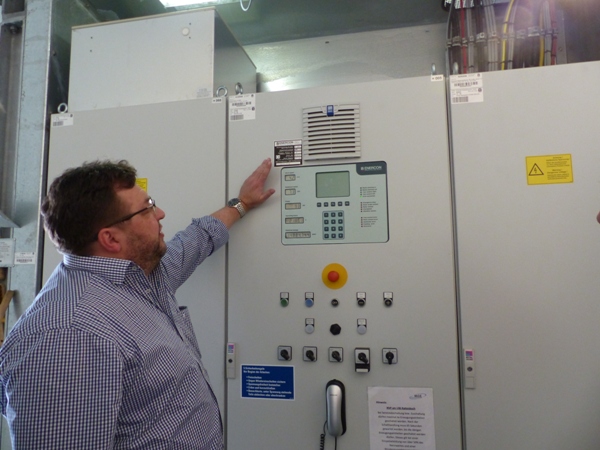 All our visits took place at companies, schools, organisations and government administration offices. The Jurenergie eG was another type of organization that we interviewed. Mr Michael Vogel, CEO of eG Jurenergie and in charge of the legal and financial duties, told us about the system and the objectives of Jurenergie eG. In other companies we have interviewed, they have usually focussed on a single sustainable element, for example how their production halls are heated or what materials are used for their products and packaging. At Jurenergie eG, the main idea and the purpose for the company is sustainability. Their goal is to increase the share of renewable energy in the energy supply for the county of Neumarkt. To include as many citizens as possible, they established a citizens' association. The participants include people who are committed to climate protection and renewable energy generation as well as those who want to invest their money in “future-proof” investments. Profits are distributed among the members and are not delivered to large corporations.

More than 900 members are involved in this cooperative, which has a working capital of around € 9 million and approximately € 26 million invested in renewable energy projects.

To keep the costs as low as possible, management and the supervisory board work on a voluntary basis, only receiving an allowance for their expenses. Jurenergie eG only have two paid employees including a part-time CEO and an assistant. The business volume of Jurenergie has grown to an extent that an appropriately qualified CEO is employed to ensure that the investments are protected and well managed.

So what type of renewable energy do they invest in and what benefits do Jurenergie offer their members?

Completed projects that are now operational include the photovoltaic systems in Berg, Deining und Sengenthal. To allow maximum transparency to their members, their income, benefits and their energy production can viewed on their Internet at any time. Jurenergie eG went into partnership with Lumenaza GmbH with three of their plants to directly enter the regional renewable energy market. This means that their energy is produced in the region and is used by consumers in the region.

Their portfolio also includes energy consulting services. Citizens can be informed about the possibilities to optimally conserve and use energy efficiently through the way they build their homes. After Mr Vogel spoke to us and provided much information on Jurenergy in his office, we went on a trip to see one of their wind turbines near Parsberg. The wind turbine in Pöfersdorf has been in operation since July of 2013 and this was the first wind turbine owned entirely by Jurenergie eG. The size of the wind turbine is an impressive 149m (hub height). But when rotor blades are attached, the total height is close to the 200m mark.

Today, Jurenergie owns three additional wind turbines. The total energy they have generated with photovoltaic systems was over 25 million kWh in 2015, representing a CO2 saving of over 7,700 tons of CO2 (based on the average power consumption in a detached house in Germany)

We asked Mr Vogel about his views on whether he thought wind turbines could be harmful to birds. He said that of course it can happen that birds fly against the masts or into the rotor blades. All dead animals or birds discovered near to their wind turbines are nationally recognized and documented by the staatlichen Vogelschutzwarte Brandenburg (State Ornithological Station Brandenburg). The real figure will be much higher, however, unlike the pollution emitted from fossil fuel energy, which indirectly endangers even more animals (by CO2 emissions), wind turbines are the green alternatives and overall, are better for the environment. If you find a dead bird or a bat near wind turbines, you can fill out a registration form here.

Thanks to Mr Vogel, we could have a look into the inner workings of wind turbine and see the controller and the generator. An interesting point that Mr Vogel mentioned was what happens when the wind speeds are too strong. When this happens, there is a built-in mechanism that stops the wind turbine and forces it to cut out. This prevents overheating and damage at the wind turbine.

If you want to join this civil cooperative and would like to support renewable energy production in the county, you can ask Mr. Vogel visit their website for more information.

We would like to thank to Mr Vogel for his time and the opportunity to see the internal workings of a wind turbine.